Sights In and around Our Camp

Discover some of the most popular sights in Our Camp, Village Murvica and the town of Bol. 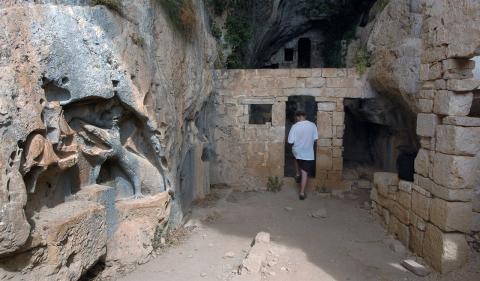 It's located near the village of Murvica, about seven kilometers from Bol. It was a temple and dwelling of Glagolitic priests,and became known as Dragon's Cave because of the relief of dragon in it. Reliefs in this cave are monument to monastic life of Glagolitic friars in the 15th century. Cave is 20 meters long and divided into four halls. In the first hall, there is Chapel of our Lady. Reliefs of Madonna angels, moon, dragon and others were carved into the cliff. Many scientists tried to explain the meaning of them. Most of them say that it contains elements of Slavic mythology as well as Christian iconography. Spiritual history of people seems to be embalmed here, containing its ancient pagan creed reconciled with Christianity. Visit to Dragon's Cave is possible only with the guide.

It's situated just west from the camp. In the village you can see best examples of the old arhitecture. There are also restaurants offering unique local cousine. The picturesque village of Murvica not far from Bol is situated on the very cliff of the island, surrounded by neatly tilled vineyards where the grapevines grow even on less accessible areas, all thanks to the hard-working valuable hands of the local land workers. 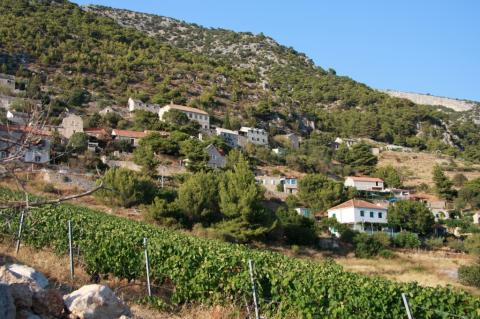 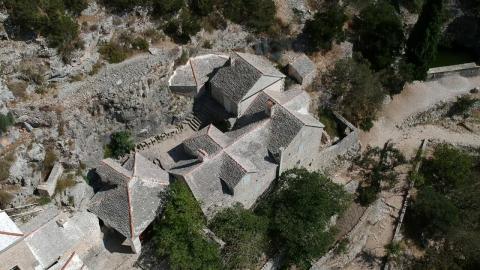 Founded in the second half of the 15th century underneath a prominent cliff called Hib, between Bol and Murvica. From as early as the mid-15th century on sheltered spaces high over the sea the first hermitages were founded in this space by priests from Poljica and Split. Stipancic was inhabited by Franciscan tertiaries, picokaras, pious women who belonged to a hermit community, having chosen a dedicated life distant from people and settlements, who made over all their assets to the hermitage. The little church is consecrated to the Nativity of the B. V. M. and SS. Cosmas and Damian, and the year 1477 was belatedly carved into a plaque on the facade of the church.

Our lovely cave located on the camp grounds. You can explore the cave simply by swimming, or you can enter with the kayak and enjoy it's beauty. 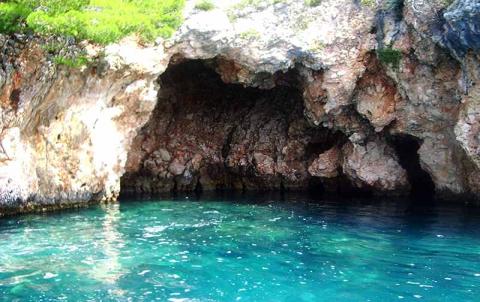 Situated on the southern part of the island, not far from Bol and Murvica. Besides a lovely beach that is caressed by the crystal clear sea, this cove must be visited for the monastic remains dating back to the 15th century.

The most popular beach Zlatni rat - The Golden Cape/Golden Horn, located 2 kilometers from Camp grounds. The beaches on either side of the spit extend for some 634 metres altogether, but the exact shape and length of the landform varies with regard to changes in tide, current, and wind. The spit points directly south. The farthest end, which is usually turned slightly towards the east, will often shift to the west in certain weather conditions, esp. a strong south-easterly wind known in Croatia as the Jugo. Changes in the shape of the beach occur once in every two to three years, and have been observed in 2010, 2016 and 2018. 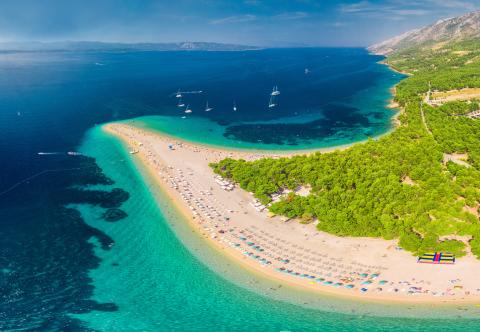 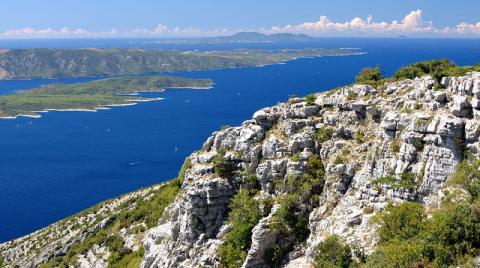 Vidova Gora is the highest peak of The Island of Brač at elevation of 780m over the see level. On the plateau of Vidova Gora there is a forest with typical pine woods. The trail starting point is at the coast in Bol near famous Zlatni Rat beach. Vidova Gora is a nice vantage point and you can see most of the islands of South Dalmatia. All the trail is dry and rocky. From Vidova Gora follows an exciting downhill section of all mountain class. During summer is very hot so I suggest to plan the route for winter, spring or fall. The route can be combined with Blaca, Milna – Vidova Gora and Supetar – Vidova Gora routes.